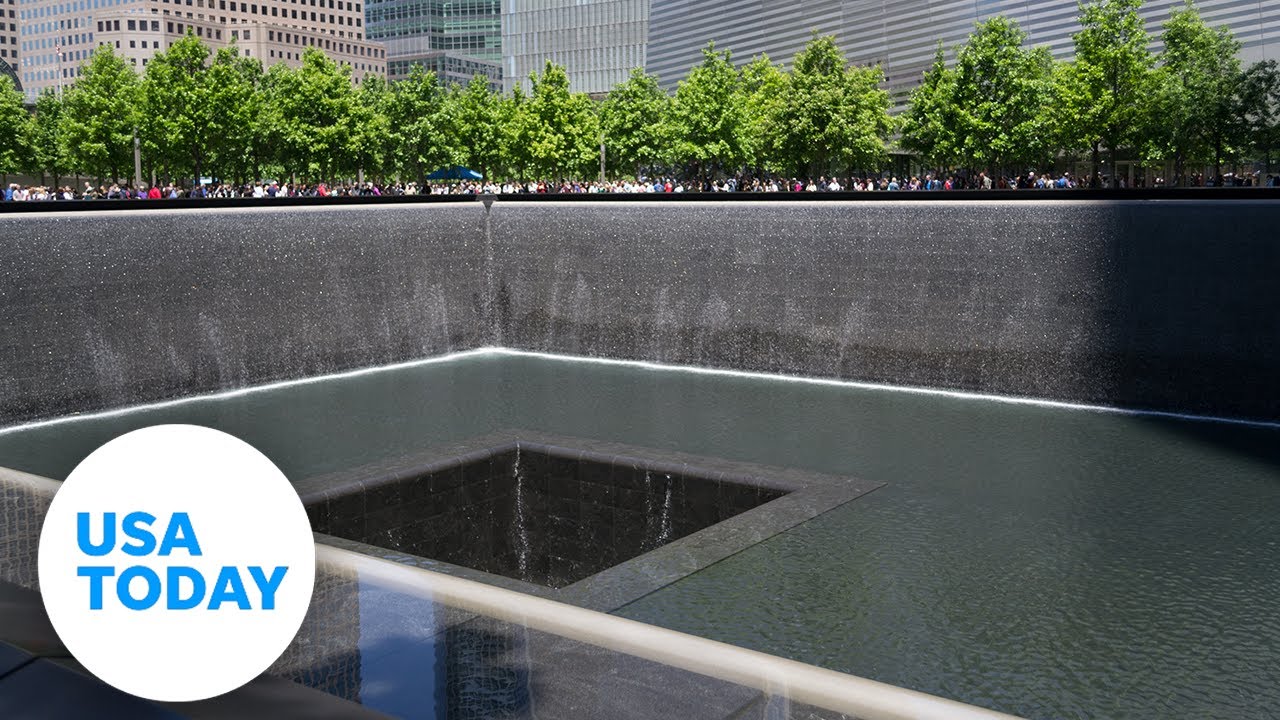 NEW YORK — For the 20th time, America is pausing to read the names of and remember the nearly 3,000 people killed in the Sept. 11 attacks that stunned and forever changed the nation.

In New York City, at the Pentagon and outside Shanksville, Pennsylvania, ceremonies to remember the attacks that occurred there 20 years ago are being held Saturday, and President Joe Biden plans to visit each site.

She was one of the survivors attending a private ceremony Saturday morning at the Pentagon.

At the 9/11 Memorial in New York City, a solemn crowd of hundreds gathered as a bell tolled and a moment of silence was held at 8:46 a.m., the moment the north tower of the World Trade Center was hit 20 years ago.

On Sept. 11, 2001, 19 al-Qaida hijackers took control of four U.S. commercial airplanes in a plot to attack major U.S. landmarks. Two of the planes toppled the World Trade Center’s twin towers in New York. One crashed into the Pentagon in northern Virginia. Another, headed toward Washington, D.C., careened into a field in Pennsylvania after the passengers and crew fought back to take control.

The attacks prompted the war in Afghanistan weeks later, followed by the war in Iraq in 2003. They changed America’s domestic security and surveillance infrastructure. Islamophobia and anti-Muslim bigotry intensified across America in the years that followed.

The 20th anniversary of the attacks comes amid the United States’ chaotic withdrawal from Afghanistan, a war started in response to the attacks and one that has left many 9/11 families and survivors, veterans and Americans with mixed emotions. Meanwhile, as the country moves another year further from the attacks,there’s a growing focus on educating a younger generation with no memory of that day.

“The nation faces a transformative moment with awareness of 9/11 transitioning from memory to history,” said Alice Greenwald, president and CEO of the National September 11 Memorial and Museum.

USA TODAY Network reporters and photographers are covering the ceremonies in New York City, Shanksville and at the Pentagon. Refresh this page for the latest updates.

A solemn crowd of hundreds of first responders, families of victims and politicians lined the 9/11 Memorial in New York City to mark the 20th anniversary.

Families held photos of loved ones who died in the attack as flowers and flags were placed near their names on the Memorial.

Among the attendees were former police detective Madeline Lawrence, 60. She said she wasn’t surprised when she heard her coworker Sgt. Rodney C. Gillis ran into the south tower on Sept. 11.

“That was what Rodney would do,” she said of Gillis, who died in the attack.

Lawrence said Gillis was goal oriented. He wanted to help others. He drove to the World Trade Center from where he was stationed in Brooklyn and ran in on his own.

“He was our sergeant, and he looked out for us,” she said. “He appreciated the magnitude of those buildings.”

Gillis’ brother, Ronald, called his brother a “character.” He could be funny and he could be serious. But the hardest part for Ronald in losing his brother is that his brother’s three children don’t have their father. The past 20 years have been a challenge but Ronald Gillis, 56, said he comes to the ceremony to remember his brother.

Security remained tight around the World Trade Center site, with NYPD bomb squads and officers with long guns patrolled nearby.

In the video below, the names of the nearly 3,000 people who died in the attacks are being remembered. 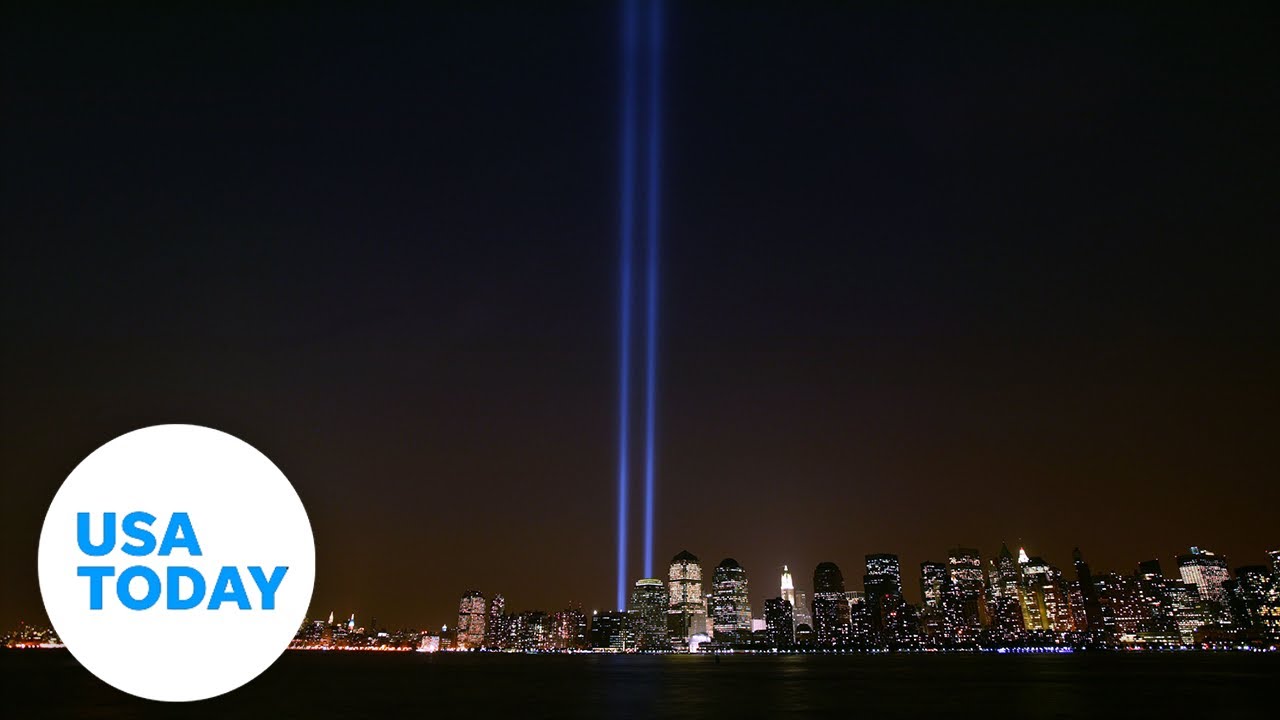 Outside the Pentagon early Saturday, guests walked through an aisle lined with flags, trickling into rows of white chairs near where two fire trucks from the Arlington County Fire Department displayed a large American flag.

Near the front, Richard Keller and his wife honor the memory of his son, Chandler Keller. Keller, 29 at the time of the attacks, died onboard the hijacked American Airlines Flight 77 departing Dulles to Los Angeles.

“We lost him on that day, and we’ve been back almost every year to remember him,” Richard Keller said. “We’ve had the blessing of a wonderful family and friends that have kept us whole throughout all this.”

Where will the former presidents be?

America’s former presidents will mark the 20th anniversary of 9/11 publicly and privately Saturday.

Former President George W. Bush, who was commander in chief during the attacks, will deliver keynote remarks Saturday morning at the Flight 93 National Memorial in Shanksville. He’ll then head to Dallas with his wife, Laura, for a screening of the documentary “9/11: Inside the President’s War Room” at the George W. Bush Presidential Center.

Former President Barack Obama and his wife, Michelle, will attend the ceremony at Ground Zero in New York, the site of the two World Trade Center towers.

America’s oldest living former president will mark the anniversary in private. Former President Jimmy Carter, 96, is not scheduled to appear publicly on Saturday.

Staff for former presidents Bill Clinton and Donald Trump didn’t respond to a request for comment, however Trump is slated to provide commentary Saturday night during a boxing match between in Florida.

Read more on the Sept. 11 attacks:

By the numbers: Facts from a tragic day in American history

Did 9/11 permanently change life in the US? More Americans say so than ever before

The photo of a grieving 9/11 son was unforgettable. 20 years on, he recalls his mom’s sacrifice.